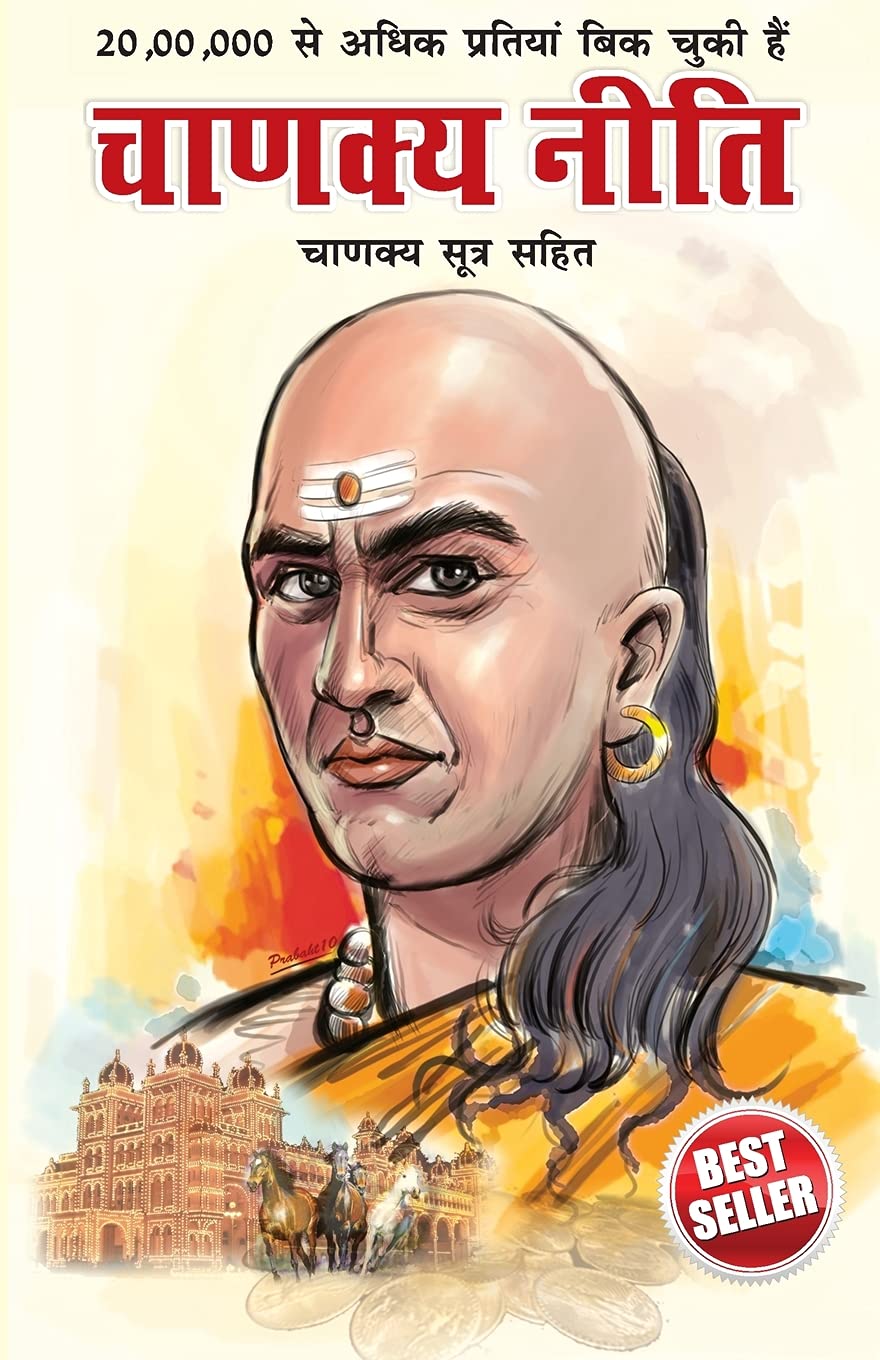 Chanakya Neeti (Including Sutras of Chanakya)

Chanakya Neeti is a book based on Chanakya, an Indian theorist, teacher, philosopher, economist and a noble mentor to the Mauryan emperors between 350 -275 BC. The book portrays about his ideologies and ideas in diverse situations, which are pertinent even to today’s’ times. People follow his ideas to escape from the web of several evils to lead a happy and peaceful life. Chanakya was also known as Kautilya or Vishnu Gupta. He was prominent lecturer at the ancient Takshashila University. He was an expert of economics and political science. Besides teaching, he also advised the Mauryan kings, Chandragupta and his son Bindusara. Chanakya played a crucial role in the establishment and expansion of the Mauryan Empire.

In this book, the author tells about Arthashastra, the ancient thesis about Indian Polity. The book focuses on Chanakya’s detailed theories. He wrote his discoveries as to the manner people used to live their lives in ancient India. The book explains the behaviours and patterns a person should follow with different people in life.

For the first time, Chanakya Neeti and Chanakya Sutras are compiled in this book to make Chanakya’s invaluable wisdom easily available to the common readers. This book presents Chanakya’s powerful strategies and principles in a very lucid manner for the benefit of our valuable readers. chankya neeti pdf.

One of the greatest figures of wisdom and knowledge in the Indian history is Chanakya. Chanakya is regarded as a great thinker and diplomat in India who is traditionally identified as Kautilya or Vishnu Gupta. Originally a professor of economics and political science at the ancient Takshashila University, Chanakya managed the first Maurya Emperor Chandragupta’s rise to power at a young age. Instead of acquiring the seat of kingdom for himself, he crowned Chandragupta Maurya as the emperor and served as his chief advisor. Chanakya Neeti is a treatise on the ideal way of life, and shows Chanakya’s deep study of the Indian way of life. These practical and powerful strategies provide a path to live an orderly and planned life. If these strategies are followed in any sphere of life, victory is certain. Chanakya also developed Neeti-Sutras (aphorisms – pithy sentences) that tell people how they should behave. Chanakya used these sutras to groom Chandragupta in the art of ruling a kingdom.